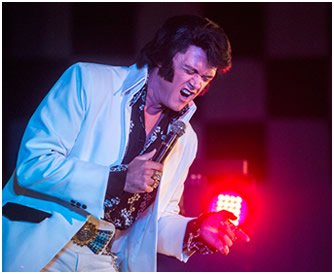 Corny Rempel is a multi-talented, award winning Elvis/Johnny Cash tribute artist/comedian who’s been  performing across North America for over fifteen years. When he’s not on stage Corny is behind the mic as a popular morning radio host/DJ in Steinbach, Manitoba. He also does voicing for cartoons, websites, movies and video games. 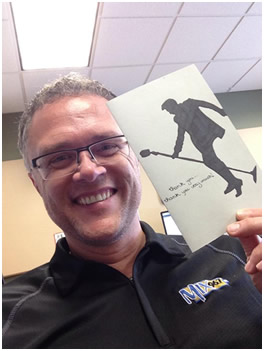 Corny was featured with fellow comedian, Matt Falk in the documentary, “That Menonite Joke” picked up by Bravo and shown at the International Film Festival in Toronto, Ontario.

What makes Corny’s tribute shows unique is his comidic twist which both Elvis & Cash were known for. This beloved Canadian showman has played to packed houses six times in Mazatlan and we’re happy to have him returning to the Mazatlan Comedy Club for a second year in a row.

He loves entertaining and it shows in his non-stop, highly energized, hilarious performances!