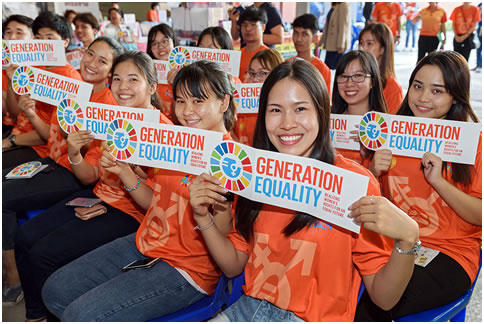 The next March 8 is a date that has a great sense of sensitivity and relevance not only in Mexico but throughout the world since we will commemorate International Women’s Day, a date that invites us to reflect on the struggle of thousands of women which has been done for years to obtain recognition of their rights and gender equality.

According to the United Nations (UN), International Women’s Day 2020 will have as its theme: “I am of the Generation Equality: For women’s rights”; this movement seeks to bring together people of all genders, races, ethnic backgrounds, religions and countries to express peacefully and in different ways their support and commitment to the elimination of gender violence, equality and economic justice for all people, the right to sexual and reproductive health and the elimination of barriers against gender equality.

Currently the world has made unprecedented progress thanks to the courage and determination of thousands of women who have played a leading role in the history of their countries and communities, but sadly and according to data provided by the UN no country has achieved gender equality.

That is why Hotel Playa Mazatlan wants to join in a very particular way to the commemoration of International Women’s Day 2020 by sharing with all our readers a series of blogs that we will be publishing during this week where we will present the life and history of emblematic women that set a precedent in Mexico.