As part of the program of the Mazatlan Cultural Festival 2022, the Institute of Culture, Tourism and Art of Mazatlan brings for you: Tosca Opera with the special participation of the soprano Maria Katzarava and under the direction of the maestro Enrique Patron de Rueda.

Maria Katzarava is a Mexican opera singer born and raised in Mexico City whose first place in the Operalia competition in Canada in the opera and zarzuela categories has earned her international fame. Since then Maria Katzarava has performed in Europe, where she currently lives, in Asia and in America. 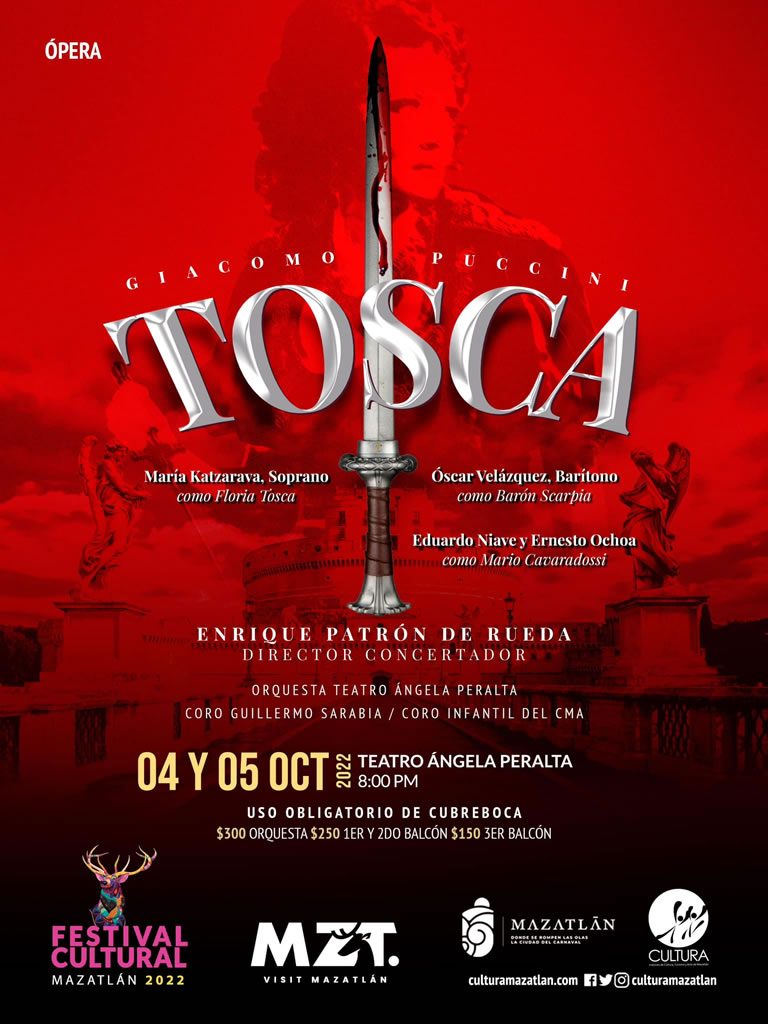 Tosca Opera will be presented on October 4 and 5 at the Angela Peralta Theater at 8:00 pm.

Tickets are on sale at the theater box office.

The Director of the Institute of Culture, Tourism and Art of Mazatlan, Jose Angel Tostado Quevedo, announced the official billboard for the Mazatlan Cultural Festival 2022 that will take place from October 2 to December 18.

Made up of more than 40 quality shows, the Mazatlan Cultural Festival 2022 will have as stages: Casa Haas, Angela Peralta Theater, Historic Center, Plazuela Machado, Orphanage, San Jose Church and syndicates with affordable prices or even free.

We share the official program of the Mazatlan Cultural Festival 2022 and remember that tickets will be on sale at the theater box office.

Do you know what inspired the design of the dress of the Mazatlan Carnival Queen 2022? 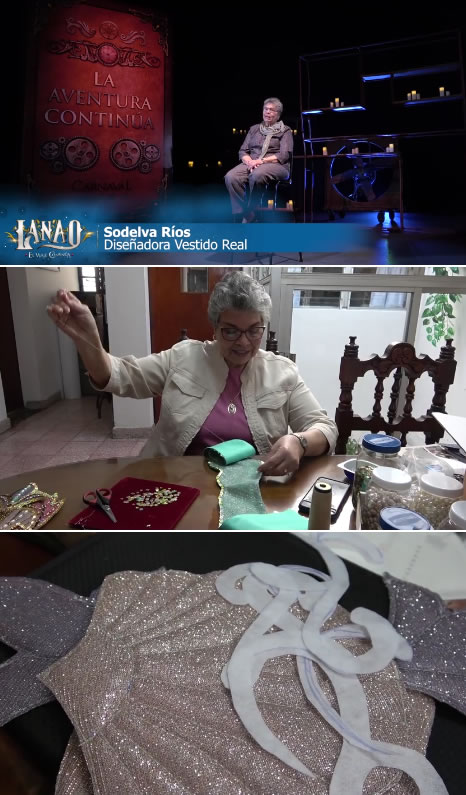 Designed and hand-embroidered by the prestigious designer of the port, Sodelva Rios Serrano, the dress that the new Queen of Mazatlan Carnival 2022 Carolina Perez will wear in her next coronation, is inspired by the “Queen of Time”, who is sought by Clocky to change the times.

This dress entails a completely handmade work where for months both Sodelva and her work team have been immersed in a delicate hand embroidery of all the details of this monumental outfit that she hopes will be liked by the entire people.

Sodelva Rios has been in charge for more than 20 years of making the royal costumes for the Mazatlan Carnival and each creation is made with love and professionalism, hoping that one day all her designs will be part of a museum where the new generations will know through her creations the passage of time of the Mazatlan Carnival.

Ready the Puppets of the Mazatlan Carnival 2022

As is already a tradition on the eve of the maximum celebration of the port of Mazatlan, the carnival puppets were installed on the boardwalk and Plazuela Machado, figures made of papier-mâché, paint and glitter inspired by the Carnival motto which on this occasion is: “Lanao, the journey continues”.

The illustrator and designer of the Mazatlan Carnival 2022 puppets, the Cuban Henry Wilson, explained that these paper giants represent time travel and all those important events that marked a before and after in our society. Some of the puppets that you will be able to appreciate on this occasion are:

On your next visit to Mazatlan, take as a souvenir a photograph with these incredible figures that adorn our beautiful port. 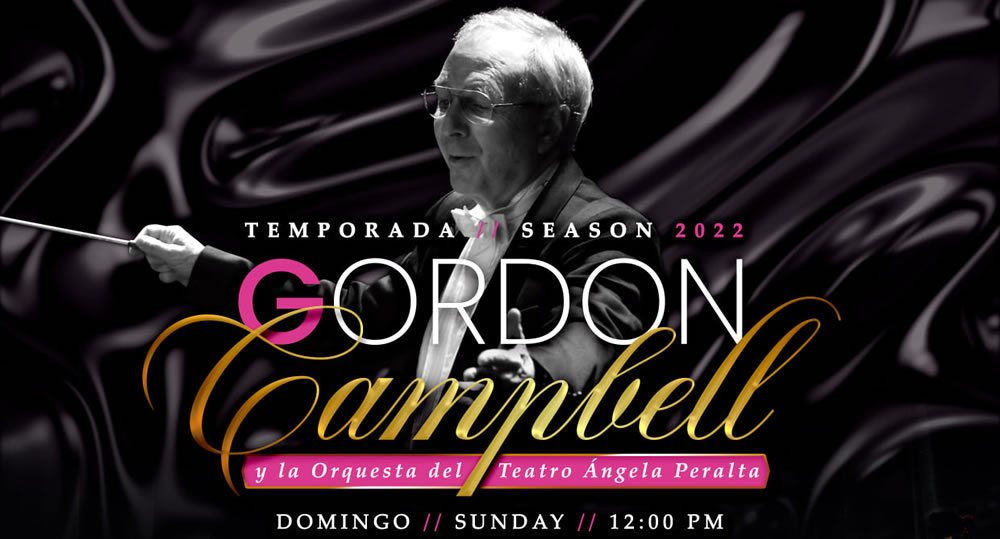 The 11th edition of the acclaimed Gordon Campbell Season is back in Mazatlan and on this occasion will feature the stellar participation of the Angela Peralta Theater Orchestra.

The Concert Director Gordon Campbell affirmed that this will be one of the best seasons that have been presented since for the first time there will be the participation of three orchestras from different states of Mexico, great soloists and musicians with international experience such as: the Sinfonietta Philomusica Juventus, Ventura Quartet, Trommer Percussion Ensemble, San Luis Camerata directed by Alexander Campbell, Ars Sonui Chamber Orchestra of Aguascalientes, among others.

We share the official programming of the Season 2022 Gordon Campbell whose presentations will take place every Sunday from February 6, 2022. 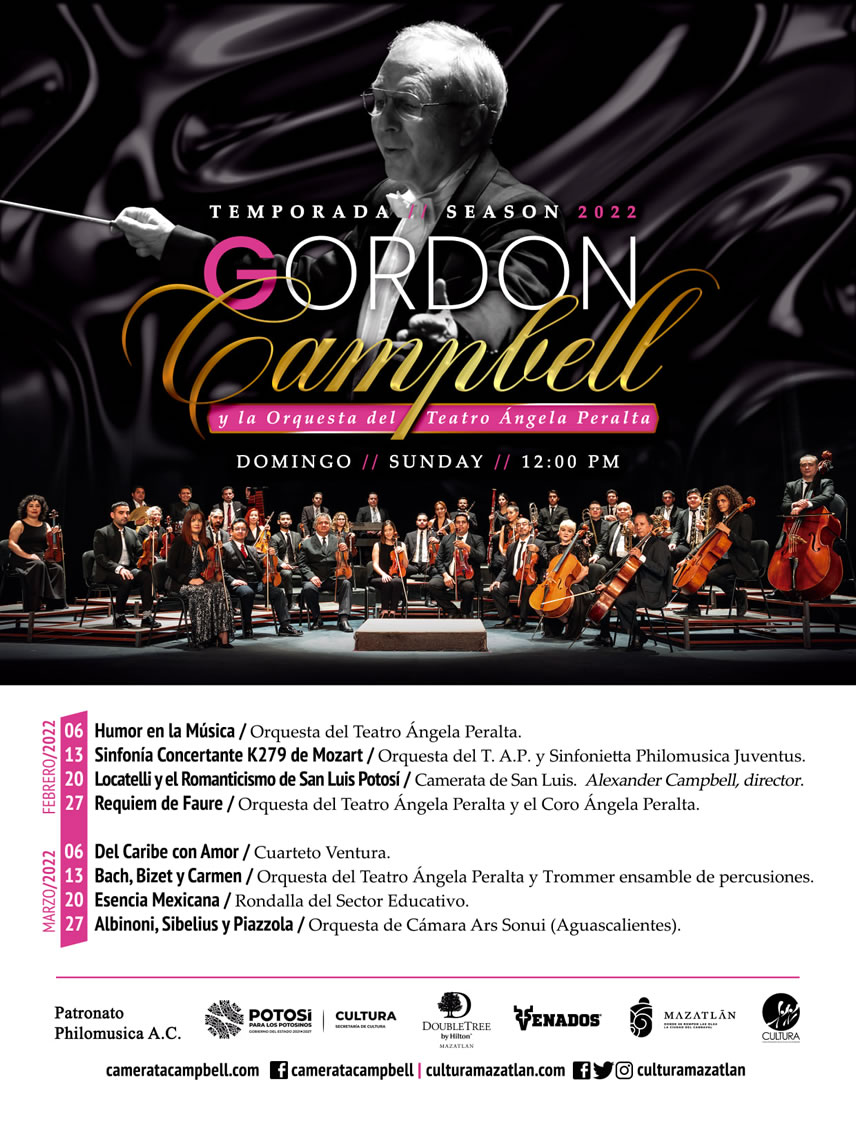 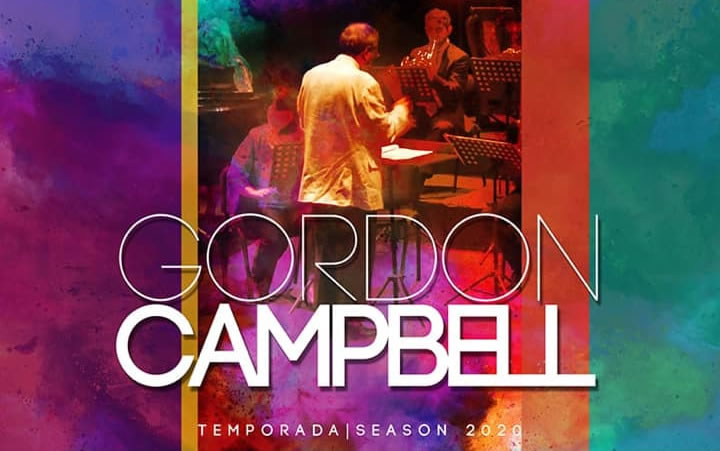 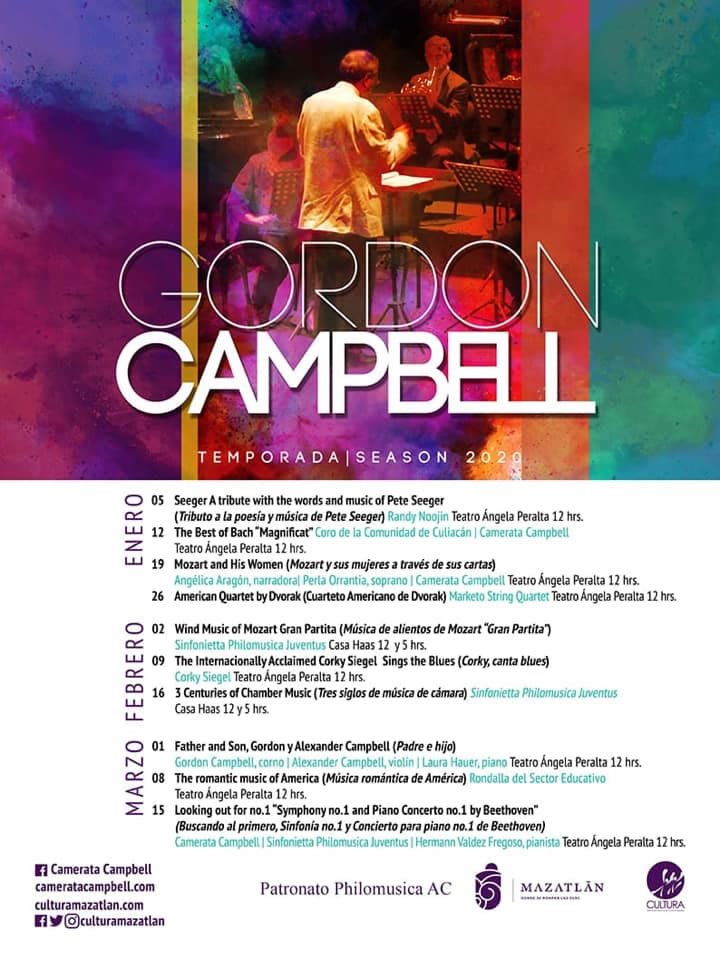